Fatty acids brought by lipids are essential nutrients for humans as well as vitamins found in the best oils. Since humans are not able to make them, these essential fatty acids (AGE) must be supplied imperatively by food, especially by vegetable seeds.

There are 3 large families of fatty acids. Saturated fatty acids (such as those found in 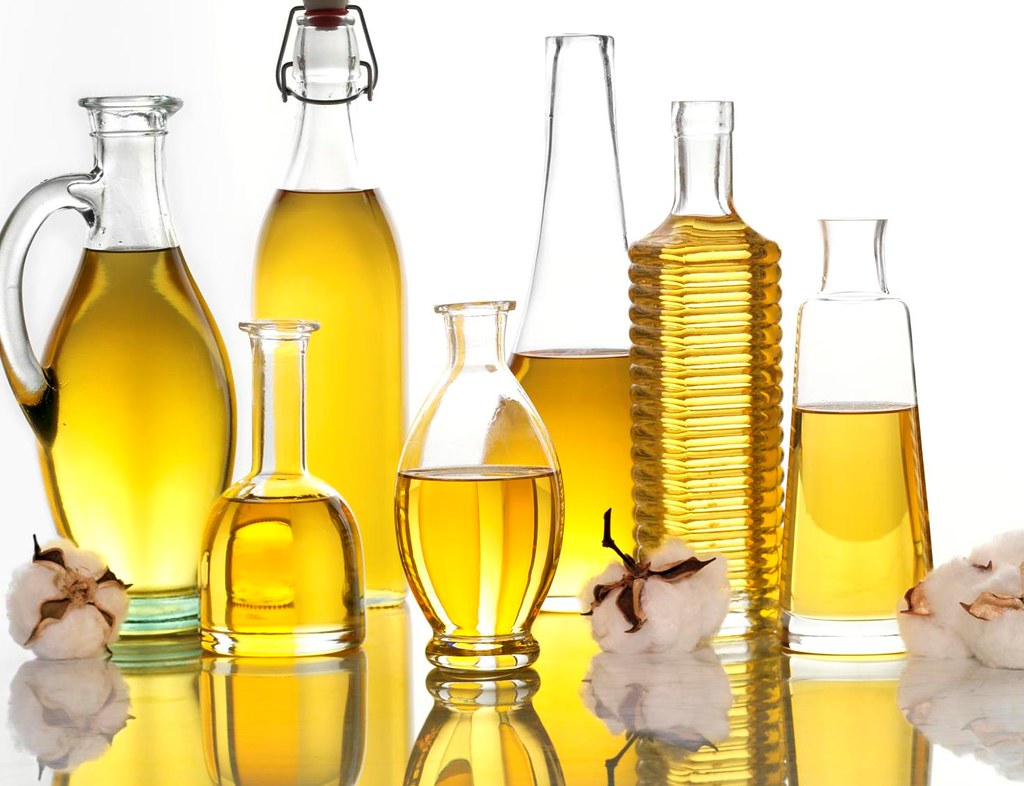 Vegetable oils contain relatively little compared with animal fats (around 10% for the most part). Polyunsaturated fatty acids are more interesting, including Omega-6 (mainly linoleic acid) and omega-3 (alpha-linolenic acid or ALA). These fatty acids are called “essential” because our bodies cannot synthesize them.

However, omega-6, with their hypocholestérolémiantes virtues, and omega-3s, which participate, among other things, in cardiovascular protection, must be brought in a balanced ratio. Scientific studies agree to advise an omega-6 and omega-3 ratio of less than 4/1.

Our diet proves to be deficient in omega-3 for the benefit of omega-6. Hence the importance of looking for oils rich in omega-3 (knowing that the optimal ration of ALA is two grams per day).

But also in addition, the other family of fatty acid, the monounsaturated. It is essentially oleic acid, the leader of Omega-9, which derives its name from the olive oil of which it is the principal constituent. Monounsaturated have a beneficial effect on our organism, especially those to help prevent cancers and autoimmune diseases and to protect themselves from the onset of cardiovascular accidents.

However, in too large quantities (more than 50 g per day), some studies have shown that monounsaturated fatty acids may have the opposite effect by increasing LDL, “bad cholesterol”. It is, therefore, crucial to obtain all these fatty acids in a balanced proportion. Ideally, the ratio omega-9/omega-6/omega-3 should approximate 10/2.5/1.

Here are the 7 best oils:

Olive oil is probably one of the best oils. Although it contains little omega 3, it is very rich in mono-unsaturated fatty acids, which represent 80% of its composition. These are effective in lowering LDL cholesterol (“bad cholesterol”) and increasing the level of HDL cholesterol (the “good”), thus preventing cardiovascular disease.

Moreover, it is quite heat resistant and can be heated to high temperatures (up to 210 °c) without losing its nutritional properties. In order to take advantage of its detoxifying effects for the organism, choose an extra virgin olive oil, extracted from cold and organic, it will also have more taste.

Rapeseed oil is one of the best food oils for health when it is unrefined and organic. It is rich in omega 6 and Omega 3, which help to reduce the level of LDL cholesterol in the body. According to the Food and Drug Administration (FDA), the U.S. Sanitary authority, rapeseed oil would be effective in detoxifying the organism naturally and in preventing coronary artery disease.

However, it is advisable not to heat this oil at more than 150 °c because beyond that, it loses its nutritional virtues. Consume it instead of seasoning or cooking at low temperatures.

Peanut oil is mainly produced and used in South America. Rich in omega 6 and poor in Omega 3, it is well suited to cooking at temperatures below 220 °c (oven, frying….)

This edible oil contains many mono and poly-unsaturated fatty acids (73% of its composition). Its anti-cholesterol properties are useful for preventing cardiovascular disease as long as it is not worn at high temperatures.

Nutritionists advise alternating the consumption of grape seed oil with another cooking-resistant vegetable oil, such as olive oil, for example, in order to avoid any nutritional imbalance.

Regular consumption of flax oil would strengthen the body’s immune defenses. Very rich in omega-6 and omega-3, it is useful in cooking as well as in cosmetics. However, it is better to consume it cold because it does not tolerate cooking!

This oil can be used cold, for seasoning, but it is advisable to avoid cooking it at a high temperature. Its high level of polyunsaturated fatty acids would increase cognitive capacity and reduce LDL-cholesterol levels. Rich in vitamin E and magnesium, it can slow down the aging of the organism. Keep it in a cool place.

This vegetable oil is an excellent natural source of mono-unsaturated fatty acids and omega 6. Preferably choose a translucent organic oil extracted from unroasted sesame seeds. Ideal for baking, it is resistant to high temperatures (230 °c) if it is semi-refined.

Here for you a list of good oils on the market that we have selected: